Suggested Stop: 400 4th Avenue S - at the former St. Paul Methodist Episcopal Church
Judging from letters to the newspaper, no neighborhood of Nashville created stronger opinions than Black Bottom. Black Bottom as a neighborhood was “located in the low land south of Broad from the riverfront up to about Fifth Avenue.” One letter to the editor of the Nashville American stated  “if a conglomeration of dives, brothels, pawnshops, second-hand clothing stores, filthy habitations and the like – accompanied by the daily display of lewdness and drunkenness on the sidewalks and redolent with a stench of vile odor – can make a “hell-hole,” then Black Bottom … is that place.” Most of the neighborhood was demolished during the mid twentieth century and the church at the 400 4th Avenue South is one of the few surviving buildings. Saloons in that area were most densely concentrated on South Cherry Street (Fourth Avenue after 1904). These businesses were run by a variety of groups including descendants of Jewish, German, and Irish immigrants as well as African Americans.
Sources
“Black Bottom,” Nashville American, June 30, 1905, 4
Doyle, Don. Nashville in the New South, 1880-1930. Knoxville, TN: University of Tennessee Press, 1985. 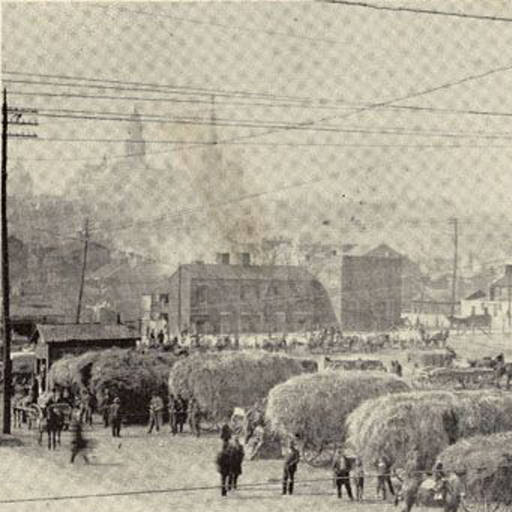