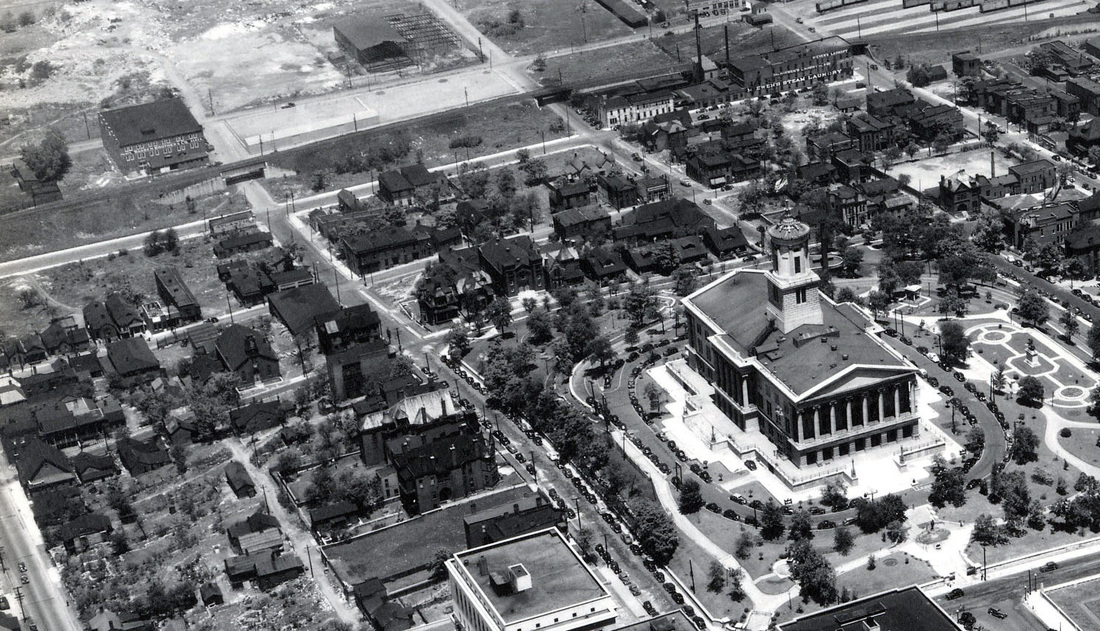 ca. 1950 aerial view of Hell's Half Acre - Courtesy of Metro Nashville Archives
In the lowlands north and west of Capitol Hill was the slum neighborhood Hell’s Half Acre. Sprawling areas of “shacks and lean-tos” provided residences to numerous African-Americans. The area received its name as a result of many fights and pistol shootings that occurred during the 1870s and 1880s. Perpetrators could not be punished as the area was outside Nashville city limits at that time. Line Street became known as the primary thoroughfare for saloons and brothels in the neighborhood. Thanks to reputation, it was said in William Waller’s history of Nashville that citizens were “embarrassed to get on the streetcar for Line Street when it was called out as ready.” This may have been the reason that the street changed names to Jo Johnston Avenue in 1900. 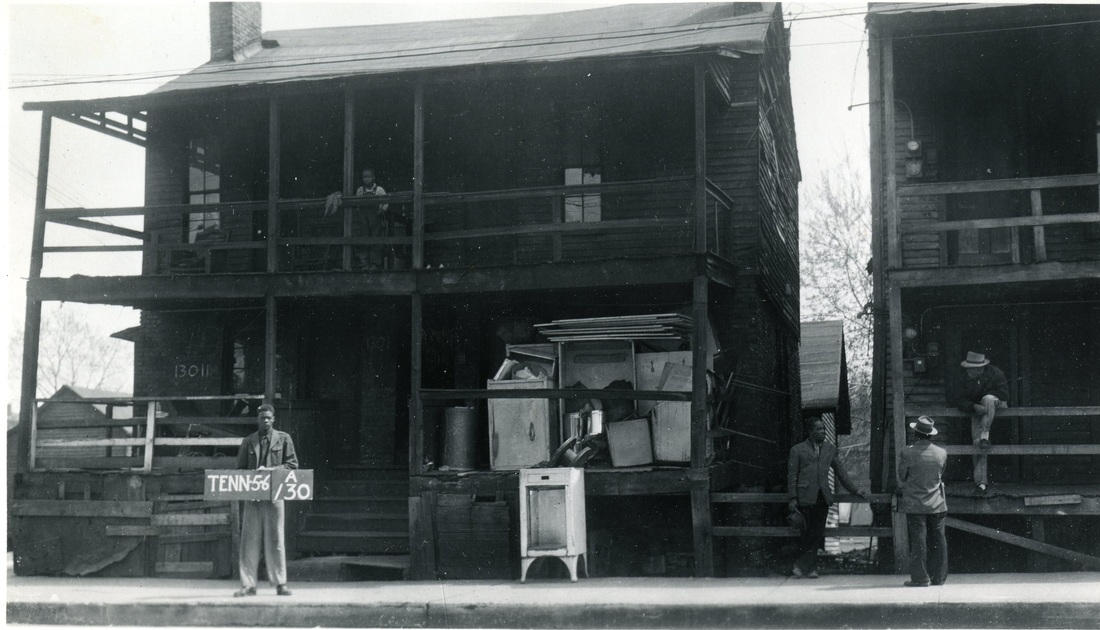 Hell's Half Acre during the 1950s - Courtesy of Metro Nashville Archives