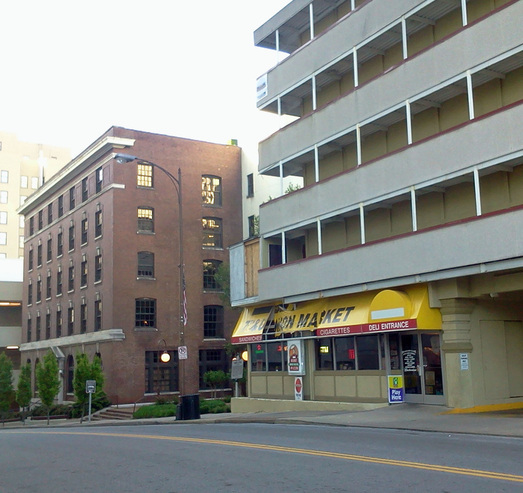 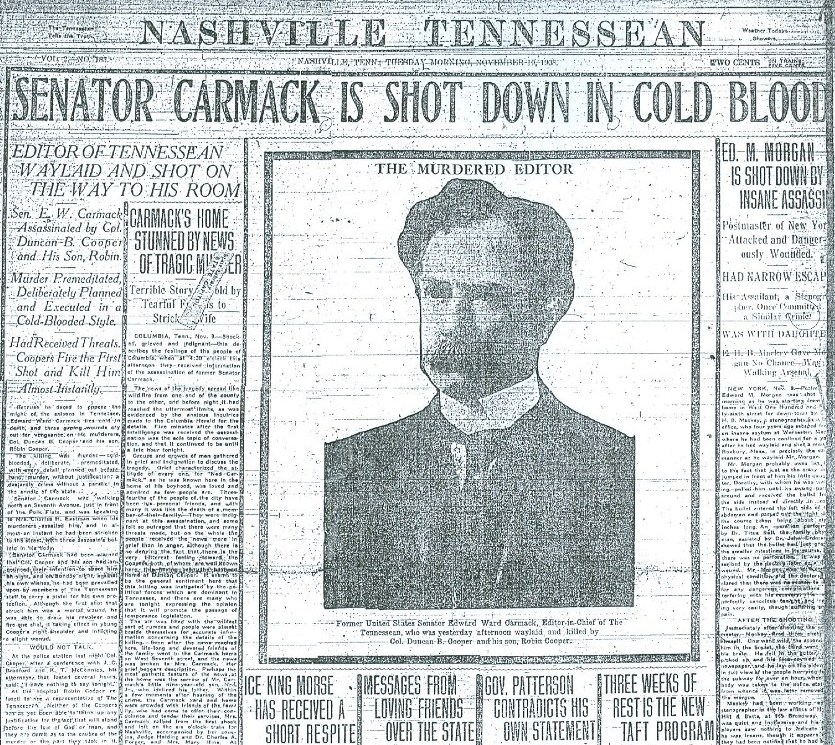 November 9, 1908 was the climax day of the Carmack-Cooper feud in Nashville. During the day, Duncan Cooper was called to visit the Governor at his mansion on 7th Avenue North. Travelling from the Maxwell House (Corner of 4th Avenue North and Church), he and his son Robin ran into Edward Carmack near the intersection of 7th Avenue and Union Streets. Duncan Cooper crossing the street diagonally startled Carmack and caused him to pull out his gun. After bystanders dived out of the way, Carmack “flung himself behind two utility poles that stood there side by side, and he raised his gun and pointed it toward Colonel Cooper.” Carmack’s first shot ended up hitting Robin’s shoulder and another shot ripped through the left sleeve of his coat. Then, “Carmack stood in profile, his right arm raised to his chest, his pistol now pointed toward Robin. And Robin shot him three times as fast as he could pull the trigger.”


Carmack's death was seen by some as being caused by liquor and saloon interests. In reality, his death was caused by a feud driven solely by honor.